How To Stop Dogs Chewing

How to stop dogs chewing

All puppies chew. If they are teething, bored, or anxious, your things will get chewed at some point. They chew on everything that comes into their sight: shoes, clothes, furniture, your hands or feet, or even their own paws. Sometimes, they might test your patience a lot with their destructive chewing habits.

We have listed down the symptoms to know if they are chewing, the reasons of their chewing, and the DOs and DON’Ts to get over this problem.

We're an affiliate We hope you love the products we recommend! Just so you know, we may collect a share of sales or other compensation from the links on this page. Thank you if you use our links, we really appreciate it!

How to Know Your Dog is Chewing?

While dog chewing is mostly obvious, dogs will usually chew when you are not around, so sometimes you might never know if they have chewed on something.

Dogs might also chew on their paws, so the easiest way to check is to look for any wounds, smelly or swollen paws. Besides, skin inflammation and hair loss in their paws and legs will also indicate your dog is having some chewing issues.

Reasons for the Persistent Chewing

Dogs have an innate desire to explore new things. Dogs, when born, are deaf and blind! Taste is the first sense they develop, which is why they take things straight into their mouth.

We all aware of the fact that teething hurts, and chewing on things helps relieve the pain.

In between three to seven months, when the puppy teeth grow and then are replaced by the adult set of teeth, puppies have an intense desire to take everything in their mouth and then chewing it to get rid of the teething pain.

Dogs have an extremely lively and playful nature. When you are not around for an extended period, they lack both physical and mental stimulation, which leads to boredom resulting in destructive behavior like chewing on everything they see.

Dogs are highly social animals. Leaving your dog alone causes them to become distressed, and they show psychological signs of separation anxiety like heavy breathing, an increase in heart rate, drooling, and gasping. Their activity level also increases, and as a result, they look up for you by climbing up the windowsill and chewing and scratching your doorframes.

This hysterical period stays for the first fifteen minutes when you are not around. Later on, they settle down by finding something to chew on.

They are seeking Your Attention

Puppies need attention round the clock. They are smart enough to know what is right and what is not. When they learn that chewing on objects makes you get up from your couch and go after them, they repeat the activity repeatedly to grab your attention.

They are not getting a Balanced Diet

Dogs are inborn with the ability to go for minerals and vitamins their diet is lacking. It is natural for pups to chew on plaster and stones to make up for their body’s calcium deficiencies.

In many cases, you do not have to prevent your dog from chewing, especially if he is teething. Instead, the key is to teach him what to chew on.

At times, you do need to prevent your dog from chewing. You can follow many strategies to control dogs’ chewing. Some of the strategies are listed below:

Keep Them Stimulated both Physically and Mentally

One of the reasons for inappropriate chewing is the lack of physical and mental activity.

Make sure you provide enough ways to keep your dog stimulated in both ways. Provide them food in food puzzle bowls, take them outside for a walk, let them play with other dogs without the leash, take them for dog training sessions and sports facilities, and also ensure to change their environment and surroundings. Curiosity to explore new places also keeps them active and excited.

Since dogs are attention seekers by nature, they demand you to keep an eye on them most of the time.

Whenever you’re around, make sure not to neglect your pup.

Give Them Appropriate Toys and Chews

Toys and Chews are a good way to keep them away from your furniture and valuable things. Choose toys that are long-lasting and are not harsh on your dog’s teeth.

Dog-chews like rawhides and natural bones are also a great way to keep them engaged in chewing the right way. Make sure not to give them cooked bones to avoid any injuries.

Kongs are also a great way to make their meal fun-time as well as to fulfill their desire for chewing.

Give Them Ice cubes or Cold Wet Washcloth

When puppies are teething, they have an intense chewing urge to relieve pain and discomfort.

Either put an ice cube on the floor and let them chase it till it melts, or freeze a wet washcloth and give this cold cloth to the dog to chew on it.

Give Them a Balance Diet

Since dogs chew on random things like gravels and grits to overcome their deficiencies, you must give them a balanced diet to avoid such chewing. Make sure to get the right diet plan from your vet according to your dog’s weight, age, and height.

Use a Petcube Pet Camera

This is one of the greatest inventions to keep your dogs from getting bored, especially when you are away. It has a two-way audio system that allows dogs to communicate with you when you are not around. Besides, it also provides treats to your pups.

Give Them Your Scent

Dogs have a tremendous smelling sense, and they know their owner by their smell. Rub their toys and chews in between your palms before you leave for work, and your scent will help them calm down.

While you are training your pup, teach them what to take in their mouth, and what not to take. This early-stage training might help you get along better in your lifetime.

No matter how well you train them, you still need to dog-proof your home. Keep all your valuables like books, clothes, and shoes that your dogs enjoy chewing, away from them.

It is definite you cannot dog-proof your entire home, but try as much as you can, and make sure to give them a personal spot which is absolutely dog-proofed so they can enjoy their me-time.

Deterrent sprays are one of the most frequently used ways to avoid unnecessary chewing. Use Bitter Apple spray to prevent them from chewing your valuables.

However, this is not a permanent solution to chewing issues. Other options discussed must be considered too.

If your dog’s chewing habits worsen, and you find swollen and injured paws more often, make sure you take him to the vet.

How To Stop Dogs Chewing – DON’Ts to Control Dog Chewing

Dogs are not worthy of any kind of harsh behavior. This might lead to more problems rather than giving you solutions. Here are some don’ts:

Some Additional Tips On How To Stop Dogs Chewing

Below are some additional tips that you need to follow to keep yourself on track. It requires a lot of patience to get away with dogs’ distressful behavior. These key points are necessary to be kept in mind before you supervise your dogs.

Last Words On How To Stop Dogs Chewing

It is no exception for dogs to pick up on chewing habits. But with the right strategies, they can be trained well with what to chew and what not to chew.

How to Make A Dog Sleep

Why Do Chihuahuas Bark

Tips For Acquiring A Dog Collar 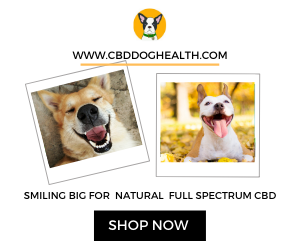